Channeling a mix of Indie-Rock and Americana. Rascal Martinez is a singer/songwriter from Nebraska who connects with a soulful audience. Since a young age, Rascal always connected with people through his music ability and stories. Now he is connecting with a wide variety of audiences who can see themselves in his songs. Spending time on the road has enriched Rascal’s connection with people. He sees himself heartfelt with America but has also found an audience throughout the world - Brazil, UK, Canada, and Romania.
MUSIC 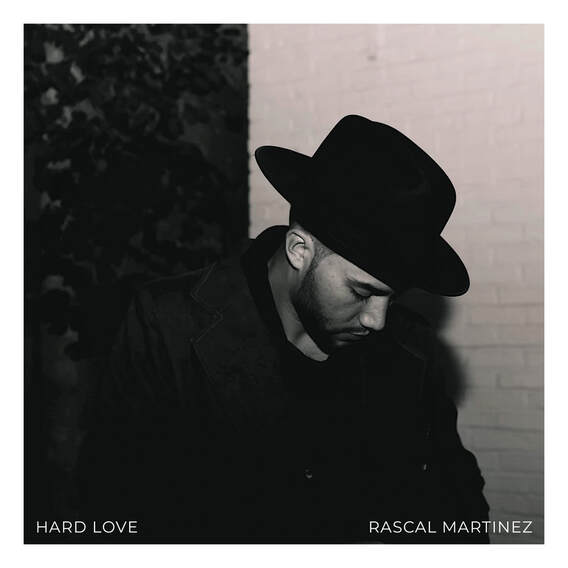 I’ve followed roots-country-blues singer/songwriter and Nebraska native Rascal Martinez. Rascal has forged a sound at once accessible but all his own. It is that confidence which defines his latest album, Hard Love

San Quentin, the opening track off Rascal Martinez’s grittiest and best album to date, Hard Love, reveals an Artist at the top of his game. This is pure roots Rock and Roll with that Nashville grit. A fan since Rascal’s very first album, it’s been a decade since the release of The Long Road. In that ten years Rascal has continued to evolve, while remaining true to his Americana roots. Hard Love is no exception.

Rascal has always worn his heart on his artistic sleeve, exploring the trials of love and relationships as he’s lived them. That brings a freshness and immediacy to deftly self-produced albums. Thematically, Hard Love continues on the strength of Far From Home, which saw stand-out songs like All That I Need (featuring Emery Adeline), the toe tapping Never Alone and the Buddy Holly-esque Why You Gotta Saw Goodbye. What makes Hard Love stand out is that daring step into the unknown begun with Far from Home, but realized on this album. Silver Street’s James Fleege brings that old Sun Records feel to San Quentin in particular. Backed with piano and Hammond Organ from Bryan Wheeler, under Rascal’s masterful production, takes the song and Hard Love to that next level.

But there is something more that sets Hard Love above and beyond. it comes through with Finders Keepers and most especially on the album’s bookend Rocker, Don’t Tell Me. Collaborator, co-writer and brother Marcello Sanchez is showcased fully on drums and percussion. On the Country ballad, Marcello’s percussion provided the perfect cadence.
State of mind is Rascal and Marcello’s ensemble piece. It is a powerful song about that private heartbreak lovers bear alone.

​You took me for granted, time after time.
Left me alone in my state of mind

​No one’s gonna find me in my state of mind
Money can’t buy love, but it can change your mind…

But it is Until I Met You which so perfectly blends all those other elements into the pure magic that is Rascal live. “You’re probably out doing your thing,” Rascal laments in the song, “I’m stuck here in the same routine…” Hardly, according to this fan and observer. Hard Love is pure Rascal, continually evolving but at his core writing and performing that same heartfelt, American roots music that he began with a decade ago.
​
WC TURCK // WCGO CHICAGO 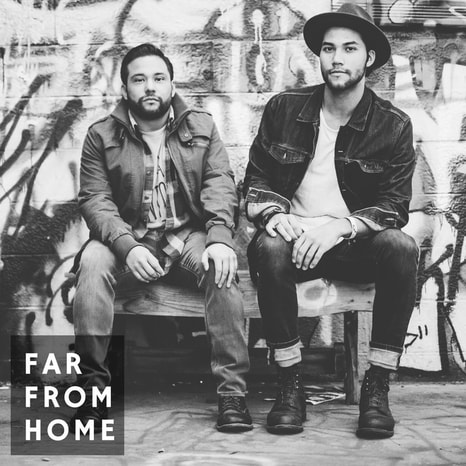 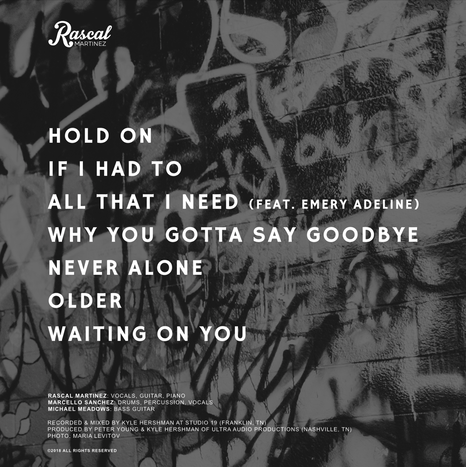 Loss. If there was only one word that would describe the theme of the new Album from Nebraska’s Rascal Martinez, Far from Home, it would have to be loss. Recorded in Nashville in just two days, Far from Home captures the energy and live stage feel characteristic of Rascal Martinez’ live performances. The resulting sound evokes recollections of Hank Williams’ I’m So Lonesome I Could Cry, Steve Young’s heart-wrenching I Can’t Sleep, with addictive melodies reminiscent of Ernest Tubb’s I’m Walkin’ the Floor over You. Guitar, bass, 6 piece drum kit and  occasional piano; Far from Home is unpretentious, straightforward and Rascal’s most heartfelt album to date.

Back a year of so ago, after a phone conversation Rascal revealed he was struggling with a broken heart after a long distance relationship soured. Rascal poured that pain and emotion into his Art with Why you Gotta Say Goodbye, a danceable two step lament, backed by brother and drummer Marcello Sanchez. Older, declaring “We got older, and we got other things to do…” brings it all full circle, finding perspective; the songs we once swathed ourselves in to help mend broken hearts. Hold On is pure Rascal, a potent and melodic mix of rich American musical themes ripped straight from the heartland, but All That I Need is destined to become a classic, and easily one of the best songs Rascal has written among a retinue of consistently great music.

Rascal has found his place as a singer songwriter. Far from Home feels closer to home than ever. “The world can come crashing, fall all around you,” Rascal bleeds in All That I Need, “and change in a moment’s time, but don’t let it fear you, we can get through this, because I know that you are mine...” Who writes lyrics like that anymore, but someone with both feel and his soul planted firmly and confidently in a truly beautiful album?